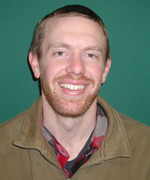 Brook Wilke, the manager of the W.K. Kellogg Farm at KBS, has been accepted into the Great Lakes Leadership Academy‘s Emerging Leader Program for 2018. This program will allow him to increase his leadership skills and grow personally and professionally alongside a cohort of like-minded leaders in agriculture and natural resources from all over Michigan.

“My whole life, I’ve genuinely wanted to make a difference in agriculture,” Wilke said. “I want to improve sustainability, so that we can do agriculture in a way that’s productive and profitable, but not at the expense of the environment.”

The goal of the GLLA’s program is to raise the next generation of leaders in agriculture and natural resources in Michigan, and invest in people that are going to make a difference and have the platform to do so. The program’s cohort will meet three times for four days each, once in late April, once in July, and once in October. They will work and learn collaboratively, so Wilke will have a great opportunity to build a strong network with other equally invested leaders across the state. “I’m really looking forward to gaining new skills so I have more to share with others,” said Wilke. “After I do this program, I’ll have the chance to give back to future cohort members as well as the community.”

We at KBS and the leadership of the College of Agricultural Resources extend our warmest congratulations to him, and look forward to learning from him as he continues to grow as a leader.

Wilke earned his Ph.D. at KBS in former faculty member Sieg Snapp’s lab. He originally hails from Nebraska, and now lives here in Michigan, with his wife Emily and their children.