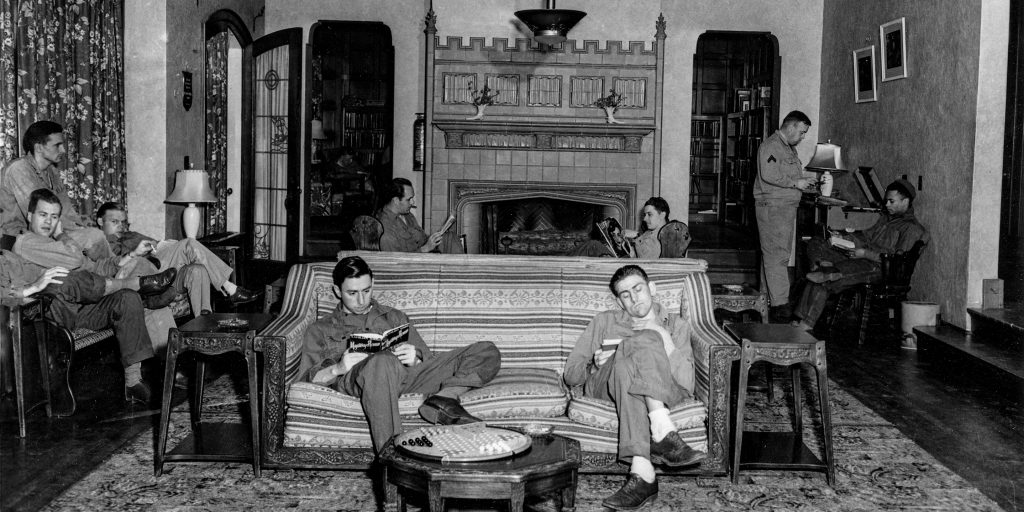 Community members gathered Aug. 18 at KBS for the annual day of free tours and outdoor concert offered by the W.K. Kellogg Manor House. This year, guests were treated to an exhibit that outlined the role of the Kellogg estate during the World War II years.

Manor House volunteer Candice Roeder conducted exhaustive research through the Battle Creek Historical Society and other local archives to piece together details of the years that W.K. Kellogg loaned his home and estate in support of U.S. war efforts. 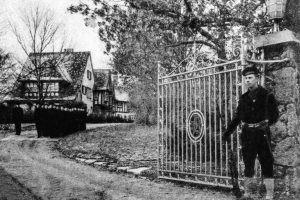 From 1942 to 1943, the estate served as an induction and training center by the U.S. Coast Guard. The estate, together with donated office space at the Kellogg Foundation headquarters, were known during those years as the Battle Creek Coast Guard Station. During that time, some 5,000 enlistees received their Coast Guard training at the station.

The Manor House and estate was known as the Gull Lake Camp. Cadets received medical and dental examinations, uniforms and initial training before continuing on to boot camp. At any given time, up to 200 cadets stayed at the estate, either at the Manor House or in the upper level of the Carriage House.

In 1942, the Battle Creek building that once housed the sanitarium run by Dr. John Harvey Kellogg with his brother W.K. was converted into a military hospital. By 1945, the Percy Jones General Hospital had grown into the largest medical installation of any kind in the world with a peak population of 11,427 patients. In its efforts to accommodate those patients, Battle Creek became the first city in the United States to install wheelchair ramps in its sidewalks. 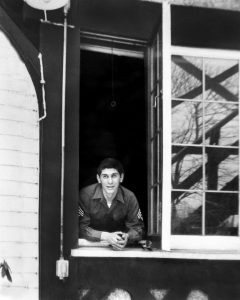 In 1944, W.K. Kellogg donated the Manor House and estate to the U.S. Army, which used it as a convalescence annex for Percy Jones. Some 100 soldiers per week came to stay at the estate to enjoy various forms of recreation as a part of their rehabilitation.

According to the Battle Creek Enquirer, in the first 13 months of operation 7,000 patients came to the estate, dubbed the Kellogg Annex on Gull Lake. The paper quoted Capt. Kendall C. Scofield, commander of the Kellogg Annex, on the annex’s mission: “The Annex operates on the principle that supervised outdoor recreation is vital in speeding up a patient’s convalescence. We believe that many of our patients may have forgotten how to ‘play.’ They learn again at Gull Lake.”

During the summer, patients spent time playing golf, tennis, croquet and horseshoes. They tended the estate’s garden plots and worked in the greenhouse, and they enjoyed Gull Lake through sailing, fishing and swimming. Plenty of recreation was available in the wintertime as well, including ice skating, hockey, skiing and tobogganing. The annex also ran a day program that gave paralyzed soldiers the opportunity to spend time outside the walls of Percy Jones General Hospital. Those patients visited the estate twice per week to boat and fish on the lake, activities that reportedly boosted the spirits of those soldiers.

The first 100 patients arrived at the estate on June 1, 1944. The last patients left at the end of 1949, with only a couple of Army personnel staying on as caretakers until 1950, when the property was returned to the Kellogg Foundation.

W.K. Kellogg passed away the following year, on Oct. 6, 1951, and in 1952 the foundation gifted the estate to what was then Michigan State College. The property became known as the Kellogg Gull Lake Biological Station of Michigan State College, used for research and educational activities that continue to this day.

Learn more about the history of the Kellogg Manor House and estate.