When Michiganders insert taps into maple trees in late winter, as the days are growing longer and sunnier while the nights remain frigid, we continue a centuries-old tradition of extracting tree sap to use as a sweetener. Written accounts from as early as the mid-1500s describe Native Americans processing maple sap. 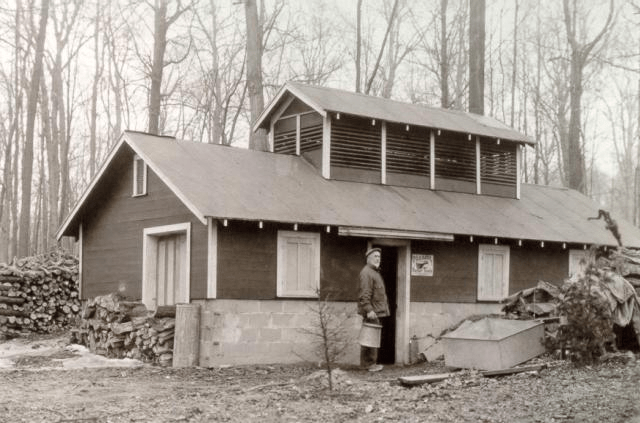 Though according to early reports, Native Americans first processed sap by freezing it then removing the resulting layer of ice, the practice of boiling sap to evaporate excess liquid has been largely unchanged for hundreds of years.

Michigan State University’s Department of Forestry has been at the forefront of maple syrup production research for more than a century. A sugar shack was built in the 1910s on MSU’s campus. Evidence of that structure still exists in the Sanford Woodlot, which piqued the interest of the Campus Archaeology Program and led CAP to study its history.

Going with the flow

Maple syrup-related research conducted at the Sanford sugar bush as well as later in the Fred Russ and W.K. Kellogg Experimental forests looked at the optimal number of taps per tree, relationships between weather events and syrup production, and the role of microorganisms in sap flow and quality.

The sugar shack dubbed Maple Manor was built in 1985 at Kellogg Forest under the auspices of Tom Stadt, staff forester at the time. What began as a modest operation using some 250 taps has increased to more than triple the number of trees over the years. 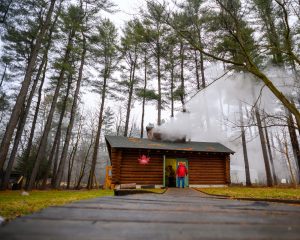 Today, more than 10,000 maple trees are tapped in Russ and Kellogg forests each year, providing ample research opportunities as well as a sweet mid-winter project for KBS and Kellogg Forest volunteers.

Kellogg Forest’s annual maple syrup open house will be held from 11 a.m. to 4 p.m. Saturday, March 28. It’s open to the public with an admission fee of $1 per person.