In 2017-2018 we marked 90 years since W.K. Kellogg donated the lands that would become the Kellogg Farm and Dairy and Kellogg Bird Sanctuary, and construction of the Manor House was completed. These events began KBS’s legacy of conservation, research, and education. Today, we look back at Kellogg’s impact on Kellogg Biological Station, Kellogg Bird Sanctuary, Kellogg Farm and Dairy, and the surrounding community then and now.

Click to enlarge KBS Then and Now historical timeline 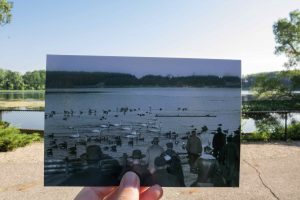 While Kellogg first became interested in birds in 1900 after hearing a lecture at the sanitarium, his 1924 visit to Jack Miner’s Goose Sanctuary in Ontario led to Kellogg’s purchasing of land and financing the sanctuary. Now, thousands of Canada geese and wild ducks can be seen on Wintergreen Lake at the Kellogg Bird Sanctuary in the fall. 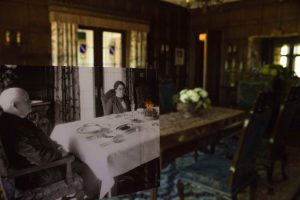 The W.K. Kellogg Manor House acted as a summer home for Kellogg and his wife Dr. Carrie Staines before Kellogg deeded it to the City of Battle Creek. Here, they would also host visiting children and grandchildren. Today, the Manor House is open most weekdays for self-guided tours or tours made by appointment. 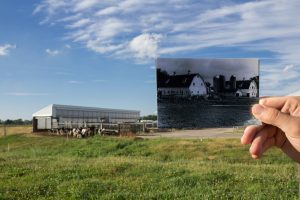 When W.K. Kellogg donated the Kellogg Farm to Michigan State College in 1928, his only request was that he and his family could get free milk and eggs. Kellogg stuck so strictly to this deal that he insisted on paying the farm for blueberries! Now, Kellogg Farm and Dairy leads the area in sustainable agriculture and is home to 5 research sites. 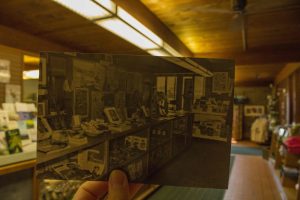 In 1926, Kellogg expressed his desire to finance a bird sanctuary on Gull Lake. By 1927, Gull Lake and the surrounding shoreline lands were declared a sanctuary for birds and wildlife. Six months later Kellogg purchased Wintergreen Lake, his imagined sanctuary site, and the surrounding land establishing the current Kellogg Bird Sanctuary. Today, the Sanctuary welcomes over 15,000 visitors each year. 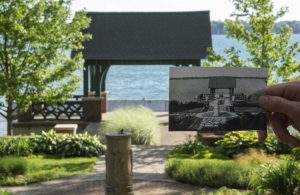 When spending summers at Gull Lake, Kellogg would walk from the W.K. Kellogg Manor House down the stairway to the Pagoda for exercise. Now, the pagoda is a popular location for weddings. 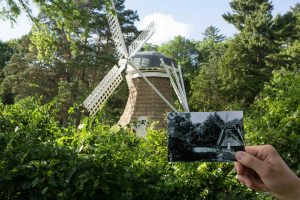 Assembled from the parts of two windmills built in 1817, this authentic Dutch Windmill now serves as a landmark for boaters on Gull Lake. 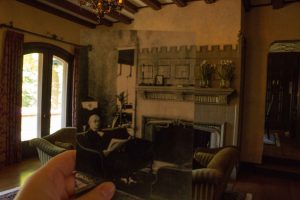 Completed in 1927, the W.K. Kellogg Manor House on Gull Lake was donated to the U.S. military with the onset of WWII. In 1942, the U.S. Coast Guard used the Manor House as an induction site for soldiers. 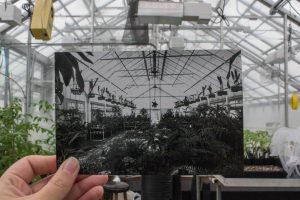 Originally made in the 1920’s, now the greenhouse is home to research in plant evolutionary biology, ecology and biodiversity. 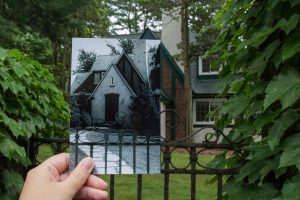 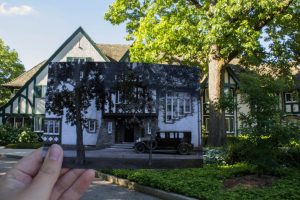 After WWII ended, the W.K. Kellogg Manor House was converted to the Battle Creek based branch of the Percy Jones Army Hospital, where wounded veterans were rehabilitated. Now, the Manor House is open for self-guided tours and hosts wedding receptions and other special events. 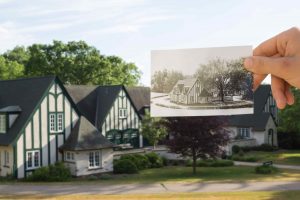 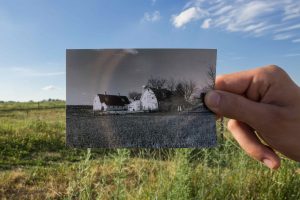 The Kellogg Farm was donated to Michigan State College (now Michigan State University) by W.K. Kellogg with the intention that it be operated “… under a most modern system of farm management so that it may serve as an object lesson to the people of the region in which it is located.” Today, Kellogg Farm and Dairy is at the forefront of sustainable agriculture, using rotational grazing and cover crops, and the Kellogg Farm has even implemented a robotic milking system. 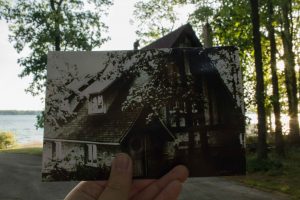 The Boathouse was once home to Kellogg’s sailboat and wooden motor boat. Today, the Boathouse is home to research on phytoplankton and its interaction with other species in Gull Lake. 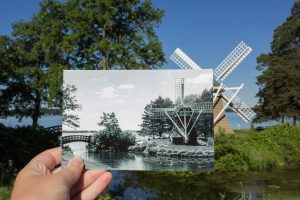 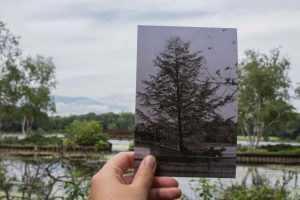 Historically, this bridge at the Kellogg Bird Sanctuary has been an ideal point to view Trumpeter Swans on the lake. Replaced in 2012 to better accommodate wheelchairs and strollers, the bridge has seen engagements and marriages, and families regularly walk over the bridge, enjoying the birds swimming underneath.

More information about the 90th Celebration