The College of Natural Sciences (NatSci) recognized 25 faculty and staff members at the annual award ceremony on November 11, among them KBS professor Dr. Gary Mittelbach. Mittelbach, a faculty member in the department of Integrative Biology, received a 2017 NatSci Outstanding Faculty Award. 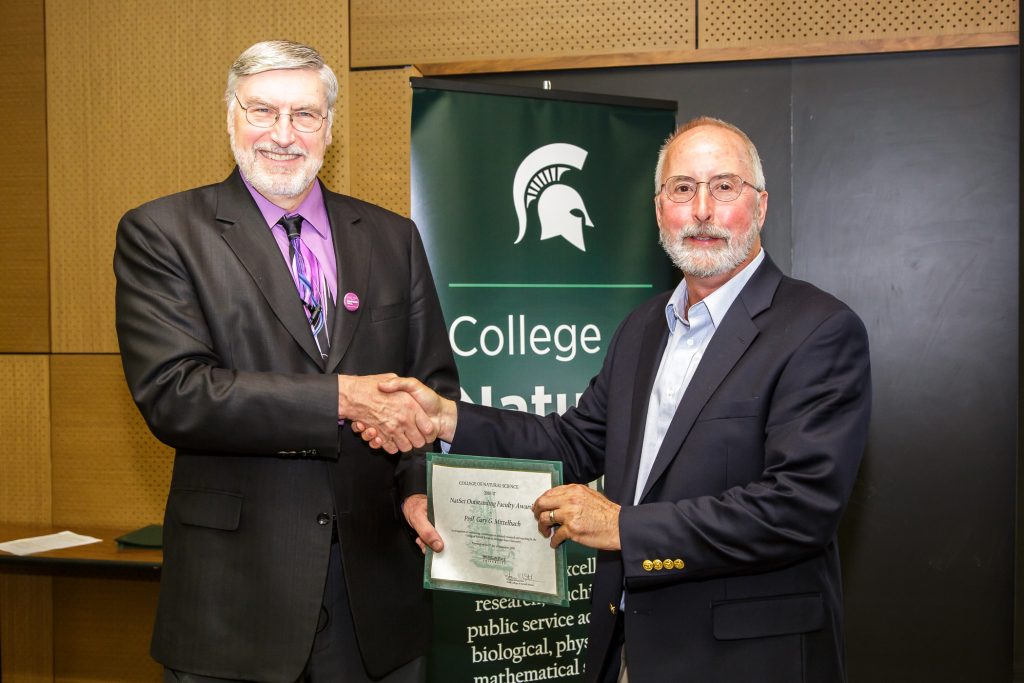 The Outstanding Faculty Award is given to up to four regular faculty in NatSci each year who are nominated based on excellence in teaching, advising, research, publications, committee work, and public service. Mittelbach was nominated by KBS colleague Dr. Doug Schemske.

“Dr. Mittelbach has been a leading figure in the field of community ecology for nearly 30 years. His contributions to research and teaching have been instrumental in building the status of MSU as one of the leading institutions in the world for the study of ecological processes,” wrote Schemske in his nomination letter.

Mittelbach first came to KBS in the 1970s as a graduate student, studying the behavior and body size of bluegill sunfish in local lakes and at the newly established Experimental Pond Lab. After graduating with his Ph.D. in 1980, he worked at the Ohio State University during the academic year and at KBS during the summers.

Mittelbach is an accomplished researcher and a dedicated advisor and teacher, having his work cited nearly 9000 times and having graduated 12 extraordinary Ph.D. advisees during his time at KBS. We offer our heartiest congratulations to this member of the KBS community who is so deserving of this recognition.